Chris Knox-A Song to Welcome the Onset of Maturity

It seems like half of Ireland has emigrated to australia, so heres a song by Chris_Knox who's from new zealand, now screw you Harold_Bishop. Cris Knox has played live in front of audiences all around New Zealand, winning a reputation for his sometimes confrontational style, and performed annually at Wellington's infamous Bar Bodega. He has also extensively toured internationally. His swing through the US in 1995 included, among others, stops in Seattle to play the Crocodile Cafe. His minimalist, DIY sound played well to ears then-focused on grunge, with its retro-punk stylings. 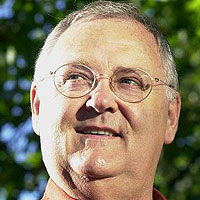