Wavves - King of the Beach

Yes Fucking Yes,  Rock Out With The Cock Out, It's wavves. Singer Nathan Williams experienced public breakdown as the band was unable to complete their set at the 2009 Barcelona Primavera Sound Festival.[4] Williams, who admitted he'd taken a cocktail of ecstasy and Valium, fought with drummer Ryan Ulsh and insulted the Spanish crowd, who then pelted him with bottles and a shoe. Apologizing for their performance, Williams admitted the next day that he was addicted to alcohol. As a result, the band canceled the remainder of their European tour.[5] Zach Hill, for the interim, from Hellareplaced Ryan Ulsh as the drummer for Wavves. Two members formerly of the late Jay Reatard's band, Billy Hayes (Drums) and Stephen Pope (Bass), joined Wavves in November 2009. 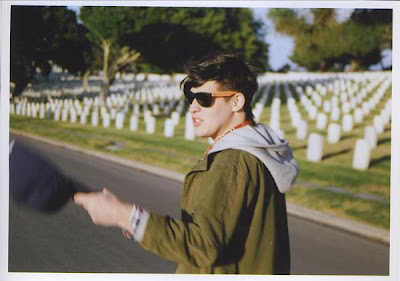