PJ Harvey - Written On The Forehead

Iv'e never been a huge pj harvey fan but I do like this tune. Written on the fore skin.....
I mean written-on-the-forehead. Among the accolades she has received have been the 2001 Mercury Prize (for 2000's Stories From the City, Stories From the Sea), seven BRIT Award nominations, five Grammy Award nominations and two further Mercury Prize nominations. Rolling Stone named her 1992's Best New Artist and Best Singer Songwriter and 1995's Artist of the Year, and placed two of her albums (Rid of Me, To Bring You My Love) on its 500 Greatest Albums of All Time. She was also rated the number one female rock artist by Q magazinein a 2002 reader poll. She is quite lovely I must say. 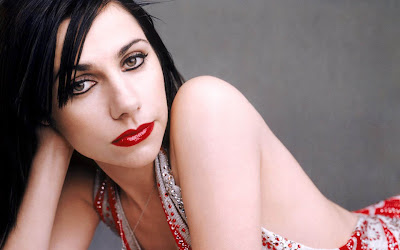